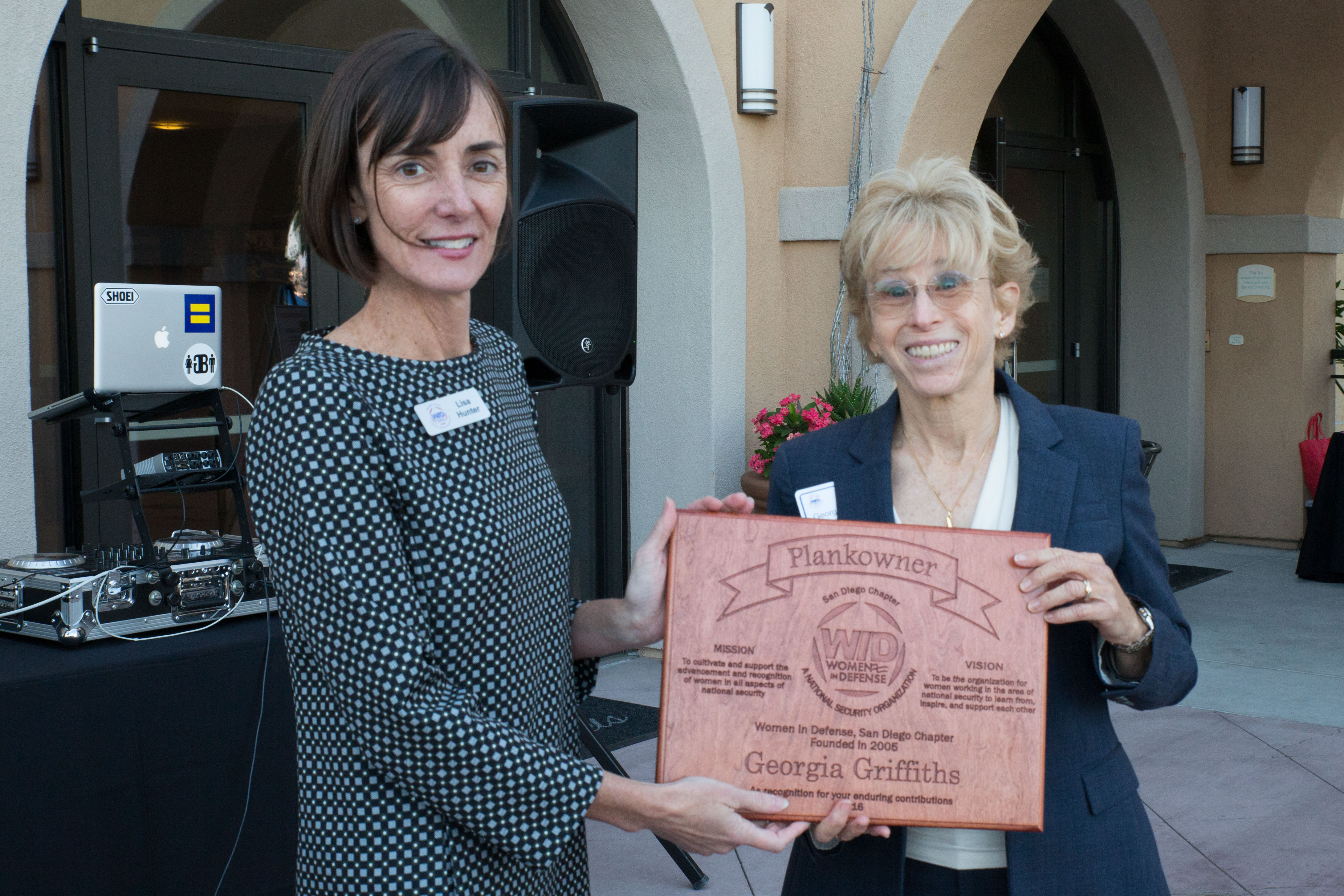 The award will be given on an annual basis to a WID San Diego member that has had a significant and enduring impact to the WID San Diego Chapter and embodies the WID mission of cultivating and supporting the advancement and recognition of women in national security. Recipients are selected by the current WID San Diego board of directors.

Georgia is one of the chapter’s founders, and a WID member since July 2006. Early on, she used her influence and advocacy to help make the first chapter symposium become a reality. Proceeds from that event were used to establish the WID scholarship endowment with San Diego State University in 2009, which is now valued at $52,000. Georgia served on the board of directors as scholarship chair for six years and laid the foundation for the scholarship program.

Georgia founded G2 Software Systems in 1989, filling an essential niche by providing Department of Defense and commercial customers with a full range of high-quality engineering experts with exceptional qualifications.

Previously, she worked for 16 years in the computer engineering industry in areas including technical, management, product management, and marketing. Her revolutionary “Tea Leaf Algorithm,” published in Communication of ACM, July 1987, afforded algorithms with error-detection and increased speed.

Georgia has received numerous awards and honors including recently the Finalist for Ernst & Young Entrepreneur of the Year (2015), San Diego Magazine Spotlight on Women Business Leaders (2015), Athena Pinnacle Award for Individual in Technology (2014), and CEO of the Year for Large Business from San Diego Business Journal (2013).

Congratulations, Georgia. Thank you for your contributions to women working in defense!

October 17, 2016 by widsandiego in News, WID Events Comments are off
© 2016 WID San Diego All Rights Reserved. Theme by MNKY Studio.