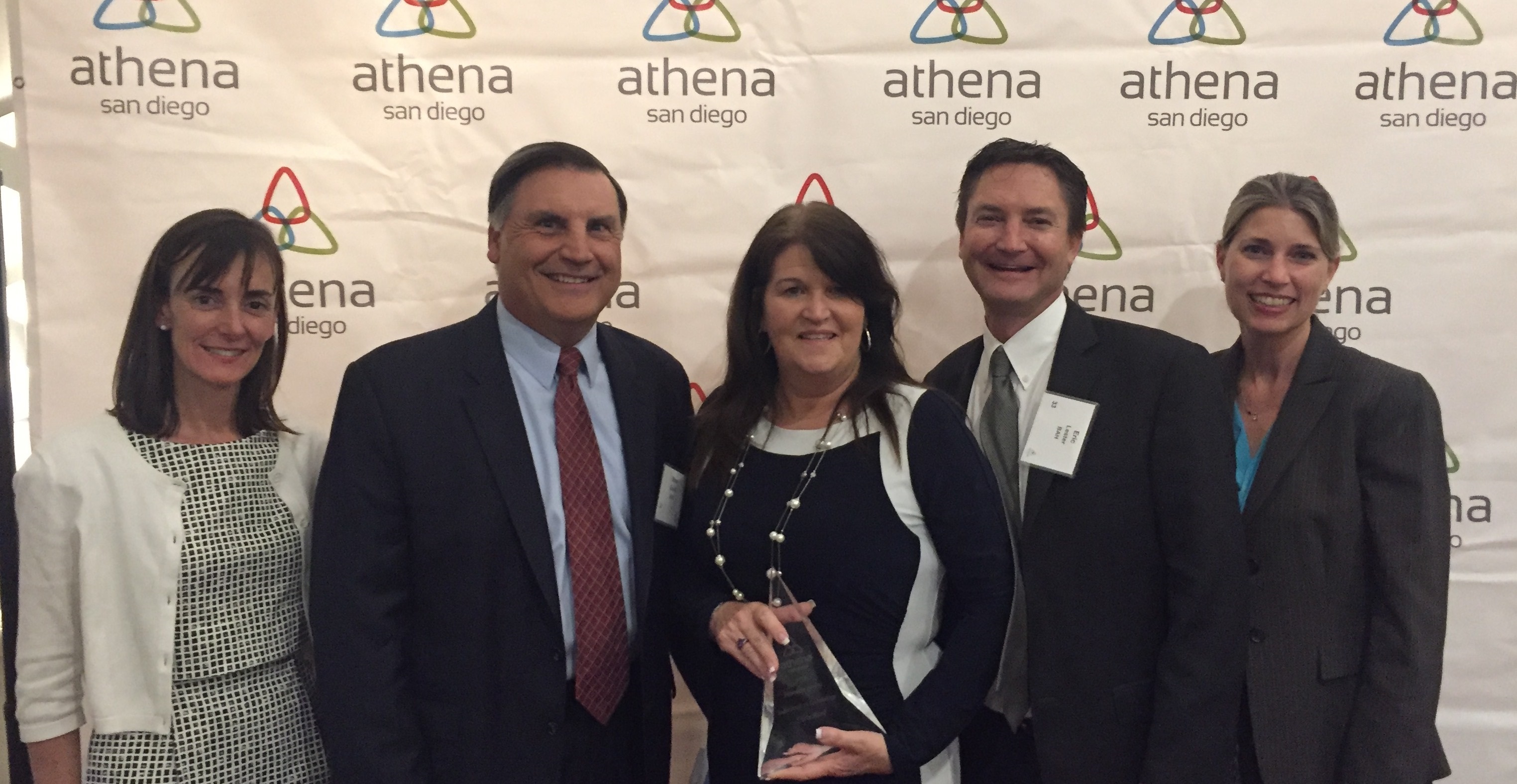 Women In Defense (WID) San Diego is pleased to announce that one of our leaders received the Athena San Diego Pinnacle Award for Individual in Technology.

Tricia Ward was recognized for personifying Athena San Diego’s mission to foster the personal and professional growth of women through mentoring, education, recognition, and leadership training. Awards are presented in 5 categories: Life Sciences, Technology, Services, Education, and Company/Organization, to those who play a significant role in the development and advancement of skilled and talented women within their organization or the San Diego community.

In her 15 tenure at Booz Allen Hamilton, Tricia rose to the ranks of Senior Associate, along the way bolstering the careers of countless women through formal and informal mentoring, advocacy, and recognition. Five of Tricia’s mentees have gone on to serve as WID board members. She nominated four female recipients of Booz Allen’s highest honor, the Values in Practice award. Tricia has been a key contributor to the firm’s Women’s Agenda, a program that support women’s professional development and fosters a more inclusive work environment.

Tricia has supported the success and recognition of hundreds of women and directly impacted careers of women in the military, government, private sector, and military spouses. As well, she has mentored and advocated for women-owned small businesses in San Diego.

Tricia has been honored many times, receiving Booz Allen’s Excellence Award, the San Diego Business Journal’s “Women Who Mean Business” award, the Chamber of Commerce Women in Leadership Award, and the YWCA’s Tribute to Women in Industry Award.

Tricia was Vice President of WID San Diego 2008-2009, chairing the inaugural and second annual Symposium, which became a cornerstone event that has reached more than 800 women since it began. Proceeds helped initiate a scholarship endowment with San Diego State University that has awarded $27,000 in scholarships to eight recipients since 2010. She played a key role in initiating the Women In Defense Endowed Scholarship in partnership with San Diego State University. This scholarship supports students who have demonstrated leadership and academic excellence while pursuing a career in the applied sciences. Tricia led WID to initiate contributions to WID National Horizons Scholarship to recipients pursuing a career in national security. On the WID National Board, Tricia served as Vice President in 2010 and President from 2012-2013, growing the non-profit to 2,500+ members and raising $25,000 for the scholarship. She was a fundraiser for the Women in Military Service for America Memorial at Arlington National Cemetery, built to gain recognition for the two million women who served in defense of our nation.

As the mother of five boys, Tricia has been an active member of the San Diego community for more than 26 years at every level from volunteering in classrooms to equipping libraries and building playgrounds. She was elected the Vice President of the Parent Teacher Association at Miramar Ranch Elementary School in Scripps Ranch.

Athena Pinnacle Award nominees and winners were celebrated at the 18th annual gala.

Congratulations to Tricia on this milestone accomplishment. We are grateful for her service to our country, our community, and our organization.